When I first started training with Spiritwind Internal Arts, there were some amazing women at the school. Reflecting back, I now realize just how special this was…

Training kung fu with these women was magical. Their sensitivity and power was awesome. One moment they would be so soft and gentle and the next, they could turn around and unleash a torrent of ferocity – like the weather, like mother earth. Their balance of playfulness and discipline was inspiring. If competition became too intense, they’d break the ice with humour that would clear the air. This lightness was accompanied with sincerity and respect and heart. 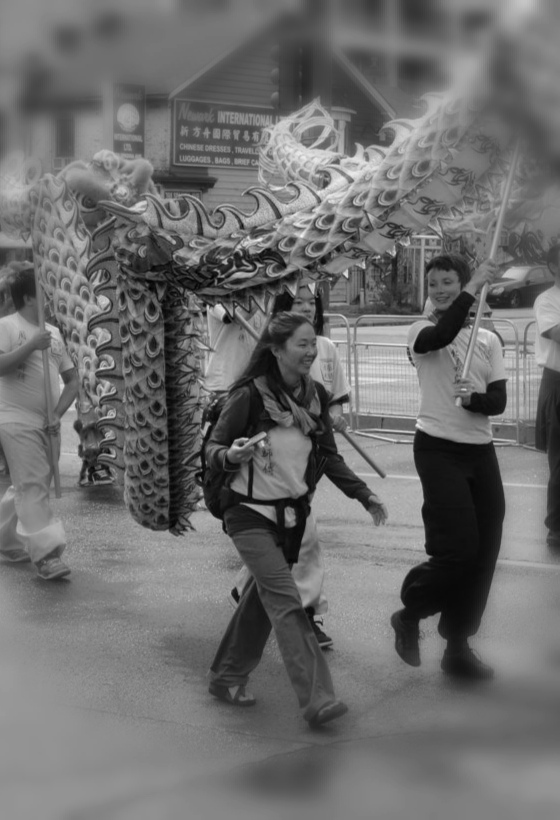 Their energy was relatable for me. So much of my ability and inability to connect to my power was tied up in the complexities of my experience as a woman, so it was profoundly welcoming to have some women around who I felt I could relate to from that part of my being.

You see, as a girl, I didn’t grow up throwing punches at other girls. That just wasn’t done. And suddenly, for the first time in my life, there I was learning how to attack and field attacks in various ways – and with other women too! It was so much fun! And these women were fierce. I could feel the deep wells of their loyalty and values. They had hearts of gold. They were so caring and encouraging towards me, young eager pup that I was. I felt like they immediately welcomed me in as their younger sister.

Growing up watching old kung fu and samurai films, the warriors were always men. It was only later in my adulthood that I saw women warriors depicted in a strong way on screen. So it was richly transformative that when I began walking on this path, I got to train with both brothers AND sisters.

Sometimes to change patterns, we need trailblazers ahead of us to help light the way. And it helps if we can see ourselves in them in some way. My older kung fu sisters were those pioneering trailblazers for me. They lit the path with so much love, humour, and ferocity… it continues to guide me to this day.

I bow in gratitude to you, Sumi, Nada, and Leila.